Returning to basic levels of fitness

Back in 2016 I worked for a software development company in the middle of Newcastle-upon-Tyne which, as the crow flies, was 12 miles away from my home at the time.

Every day I'd commute by car and spend roughly an hour of my day sitting in traffic like everyone else simply trying to get to work. Not only did it cost a lot in wasted fuel, it was compounded by the fact that when I got into the city centre I had to pay for parking - sometimes £8 (12 USD) a day depending on what time I arrived and what time I left for home.

Now back then I wasn't exactly flush with cash and figured that there had to be another way forward. So, determined to figure something out, I decided to calculate how much I was spending every month on insurance, road tax, parking and fuel - and was fairly shocked to see how much it came to. So much so that I decided to take it a step forward immediately and instead of budgeting for fuel etc. for the month ahead once I got paid, I blew it all on a brand new mountain bike. Not the best one in the world but something to get me from A to B.

Struggling Up The Hills

So there I was - I started biking to work, 12 miles there and 12 miles back, cold turkey. Man it was hard work! Not only was the bike super-heavy (because it was cheap!), my legs were terrible - I was unfit to say the least and really struggled to get going. I was a sweaty mess when I got to work (thank goodness for small mercies that they had showers!).

And that was how it went for a couple of weeks - being overtaken by older women on worse bicycles than my own was not particularly inspiring (actually it was soul-crushing ) but one thing I did notice as the days went on was that I started struggling less and less with certain parts of the ride... and before I knew it, I was actually enjoying the journey rather than dreading it.

I have to admit I enjoyed the feeling that fitness brought to me - my legs were stronger, I felt more invigorated and every morning was more of an adventure. It really is amazing the things you see in the world when your eyes are not firmly glued to the road ahead in a car.

Sadly when I moved on and got another job I went back to using a car due to the distance and despite some poor attempts at remaining fit I basically slid back into "programmer mode" and lost whatever gains I'd made.

12 Years Down The Line

So, here we are. I'm now 38 years old and feeling achy. Feeling sluggish. Feeling like I know I should get off my backside and do some exercise - so that is exactly what I'm going to do. 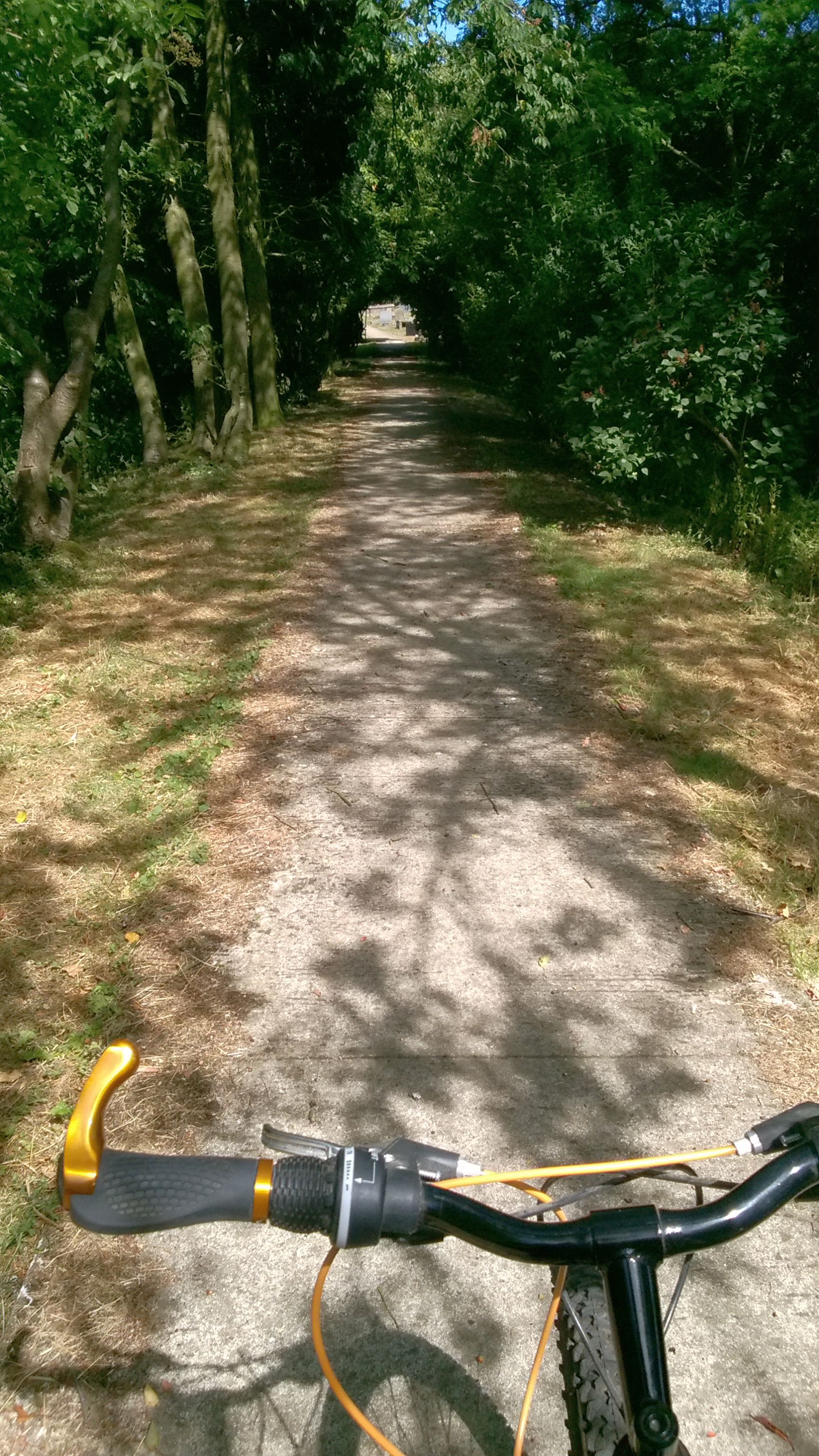 Don't get me wrong it's not like I haven't done any exercise over the years, but I've never gotten into a routine - it's been more a case of "if I exercise, great - if not, I'll do it tomorrow" ... only tomorrow tends to turn into a week, etc etc. I mean I'm even fortunate enough to own a bit of gym equipment that I keep in my garage, but I simply don't use it. I'm just terrible at making myself do it.

I'm determined to change that - I've dusted off my old bike, and decided to just keep it simple for now - a quick ~1 mile circuit near my house. It's a mixture of road and grassy fields so it requires a tiny bit of effort, but the key here is that there really is no excuse not to do it. It's a mile, it takes ten minutes. I can do it any time I like and not have to "book it in" like I usually use as an excuse.

I'm looking forward to seeing more of the beautiful area I live in, even if it is in the same basic circuit for now - and here's also to a little less belly in six months time.