Base Level Of Fitness - Week 3 (Live)

I know I said I wouldn't be live-blogging this fitness shenanigans after last weeks efforts, but I decided today that I would be because a) I enjoyed it and b) I'm still wanting to find patterns and improvement in my workouts - and the only way to do that is to document it.

So here we go again - this week I am going to pull in some strength training because, frankly, I'm weaker than Mr Burns at the minute and it sucks!

I was pretty embarrassed by not even being able to do five pull-ups the other day but rather than mope about, it's motivating me to do something about it.

So without further ado, let's crack on!

So I got up early this morning, had some breakfast and then headed out for a quick ride on the bike before the world woke up. Nothing special, just a quick mile and a half to get the blood pumping.

After that though, I hit the gym - well, I say gym, I have a multi-gym in my garage and a punch bag so I spent about half an hour in there just lifting weights and doing some light sparring. I think I sweated half of my bodyweight because I had no fan on, no windows open and the sun was hitting the roof so it was like a greenhouse.

Just a short one again. Actually there's a reason for this one, it started to rain. RAIN. For the first time in weeks. Oh man the smells were fantastic - the fields have just been razed to the ground too so everything was fresh. I wish I could have stayed out longer.

I was a bit late to the action again today - I did what I'd promised I wasn't going to do, and put off the workout in favour of getting some work done. I did mean to go out before I started work, but once I sat in front of the computer and started responding to e-mails and IM's I found myself at 10am, 11am.. then 12pm came and I thought "ffs!" and went for it.

I really need to prioritise my exercising seeing as how it only takes 10 minutes to do.

Anyway, I went out and did a short bike ride - like I say, I was busy at that point - and at least my streak is uninterrupted for the month.

Must do better though!

Well after this mornings pathetic attempt I decided to go out for a little bit of a longer ride and left it until later on purposely because it got a bit cooler.

I just cruised up and down the roads nearby enjoying the sunset - pretty cool to see all of the rabbits coming out of the crops (although they've razed a lot of the fields now for the first harvest) without really working up much of a sweat.

I have to say I've noticed that the bike rides aren't as tasking as they were a couple of weeks ago. This tallies up with my previous experience where I used to cycle to work 12 miles each way, the first few weeks were torture but then it got really enjoyable.

I'm hoping this is what's happening here - I find myself getting pretty agitated if I can't get out on the bike and I refuse to give up ... the habit is forming, and I kinda like it.

In fact, I know it's only 3.54 miles but I do believe this is my "longest" ride so far - I wanted to go further but I have no lights on the bike and it was getting dark. Oh well - I'll take it :) 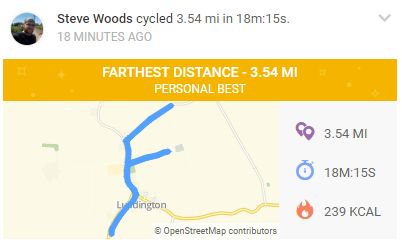 Today was D-day on a big project for a client of mine and I knew I was going to be working my teets off all day so decided to get out fairly early in the day. In fact we were so busy I didn't have time to blog about my workouts today, so I'm writing this the day after and can't even remember how I felt while I was riding. Oh well! At least I got out!

After a long day of coding I decided to get back on the bike to break up some of the stress, it was pretty windy but I was determined to ride a little longer than I did in the morning - no pain no gain as they say. Again, I can't remember how I was feeling throughout this ride but as I say, at least I'm being consistent and getting out regularly.

A single ride - but a new personal best!

As much as I wanted to do my two workouts today I knew it wasn't going to happen - after yesterdays epic workload of almost 18 hours, then only 6 hours sleep, I had to get up for a meeting at 10am in Middlesbrough - so a 100 mile drive each way.

I decided that instead of going out in the morning I'd do a longer workout in the evening to make up for it, and in the process I have managed to beat my personal best by quite a significant margin .. 6.1 miles in roughly 30 minutes.

I'm quite proud of this considering I'm on a mountain bike, not a road bike, and my routes are interspersed with gravel / mud / grass tracks which brings the time down. It's even more important to note that this may be me getting back to the fitness I had 12 years ago when used to cycle 12 miles each way to work because it took roughly an hour to do that and this pace is roughly similar.

Awesome - I did feel pretty good to be honest. As the miles started going up I found myself wanting to push a bit more, like the longer I went on the more I was enjoying the ride. I cut it short though because I needed to come home and get some work done, but I'm happy with my achievement and also pleased to have kept my streak going without missing a single day of exercise this month.

Finally I'm starting to get fit!

A particularly busy day at work so I only managed the one workout. I was feeling really tired after the stresses of this week but at least I got out and kept up my consistency. I must try a little harder to manage my time and stress levels a little better.

After yesterdays failure, I decided to get up bright and early to get the day started.

I went out on a reasonably early bike-ride considering it was the weekend, and put in a good couple of miles around my favourite route.

I decided to push a little harder this evening and took in some of the local park which meant riding on grass.

To be honest it was a nice change and something I'll be doing more often especially when there are no people around - the only bad thing is the bloody cornflies! Billions of them!

So I decided to mix things up a little today by doing some weight training - I want to add a little definition to my muscles so that when the fat drops off some more I at least look decent.

Later on in the day I went for a bike ride around my usual route, another couple of miles. I did attempt to do a vlog but I've not had any chance to edit or post it yet so watch out for that in a future update.

My first puncture - d'oh! I went to get the bike out for a late night bike ride only to be thwarted by some kind of thorn I guess from the bike ride earlier.

Not to be defeated entirely, I took the dog out for a walk - if I didn't know any better I'd swear he planned it... 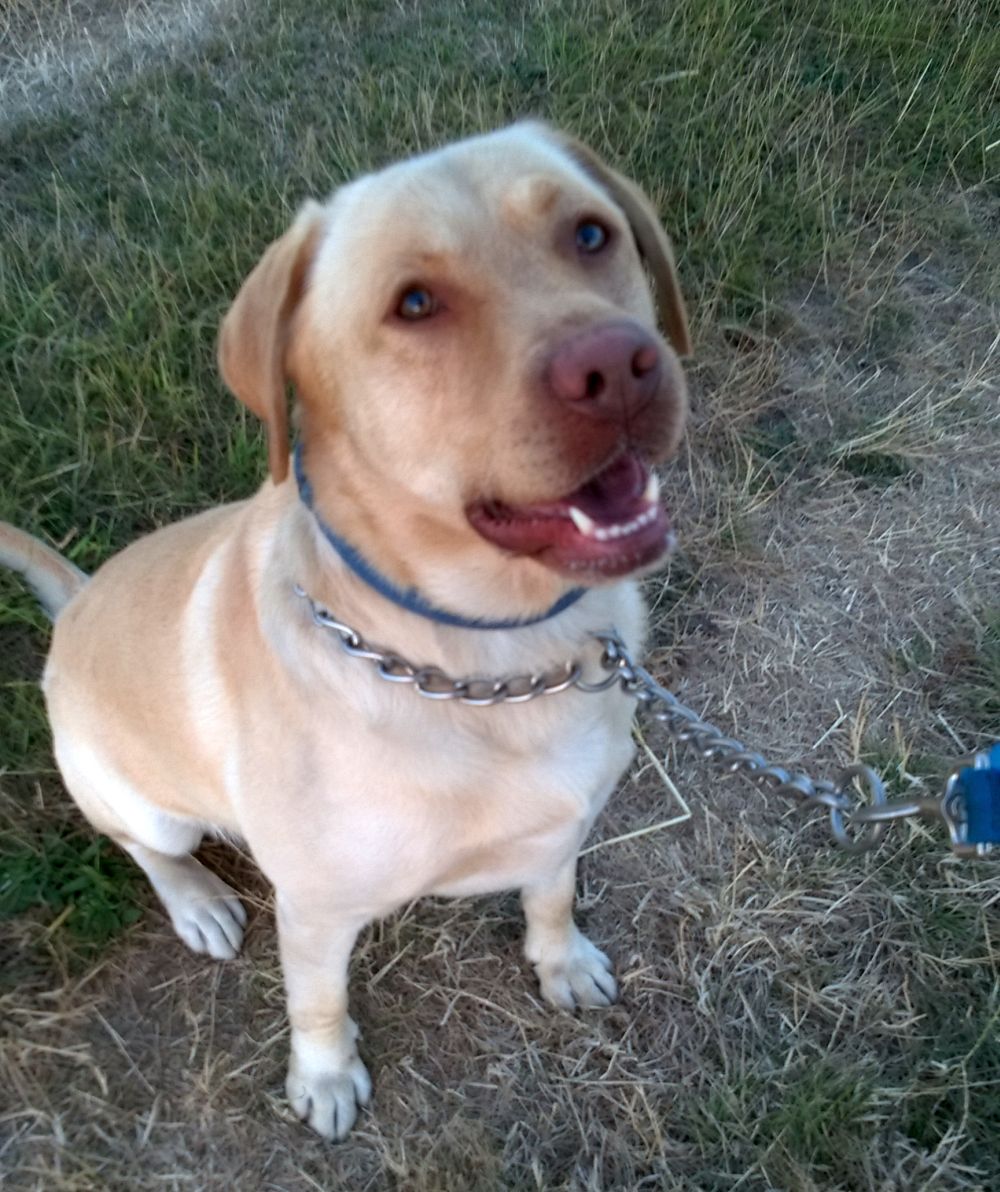 So we're three weeks in - woohoo. I'm feeling pretty damn good, like I'm taking control of my life rather than being led by the balls. I've not missed a single day, usually doing multiple workouts which is unheard of.

I've always thought that to be successful you need to be in control of yourself, but I've never actually taken the initiative to do it for myself.

This whole fitness thing is starting to feel more like something that I do because I want to, rather than because I feel like I should - who knows where it'll take me but I'm enjoying it so far.